Crawton reef and the Granero 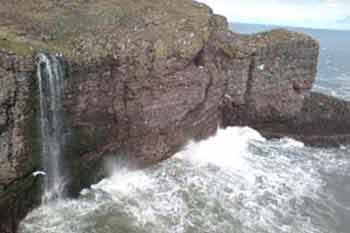 Type of Dive: Crawton reef is a great shore and wreck dive in good conditions.

Travel directions: 4 miles south of Stonehaven along the A92

Parking directions: Parking for Crawton is the car park at Crawton farm Google

Tides: Tide tables Willyweather care must be taken to ensure that the tide will carry you in the correct direction.

Site entry/exit: Below the Crawton Nature reserve. There are 2 entry points. Make your way down the cliff by the path in front of the houses (careful, it can be slippery!) Entry 1 Walk out seaward and onto a large sloping choke rock which is the entry point. It's a 1m jump at HW springs and a 4.5m jump at LW springs! Once you are in, you are committed - no way out, have to swim out the gulley and south to the sheltered exit point. The other entry point is at the end of the small path, entering into a 3m wide gully, which descends near vertically to about 25m (see dive map)

Underwater directions: Descend and follow the cliff south until you get to the exit gully (which always seems to be further than you think!).  Avoid going offshore because you will get caught in the strong current that sweeps the area which, on the other hand, keeps it somewhat clearer than the average east coast site...  Make sure you get out through the gully because there is no other exit point and dive there without a swell because otherwise you will be battered against the rocks on exit.  The climb back to the car is not for the faint-hearted but, having said all that, it is a very nice site.

Site Hazards: The walk down the cliff is steep and dangerous, any slip and you'll be rolling down the steep slope and over the cliff onto the rocks - scary stuff

Pub: None close to here

Cafe: None close to here so take everything you need.

Created by: Gavin and Alejandro

Thanks To: Grampian divers and JimB

Other comments: For the Wreck of the Granero (N56 54.4667 W2 11.3) you follow the second rock finger to find the wreck (see pictures below). This is the well-documented shipwreck of the freighter Granero, which was driven onto the rocks in Crawton Bay in 1933. All of the eighteen crew were rescued, and for three days the Granero was rocked back and forth on the rocks where she foundered before her back was broken and she sank beneath the seas in Crawton Bay. The Granero was bound from Finland to Grangemouth with a cargo of pit props 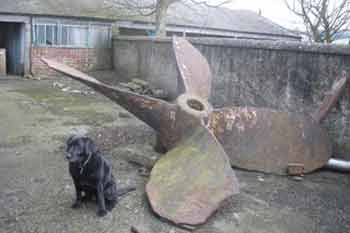 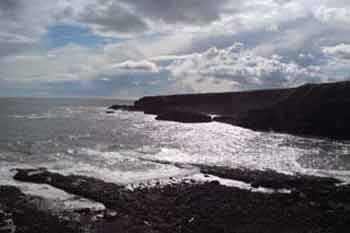 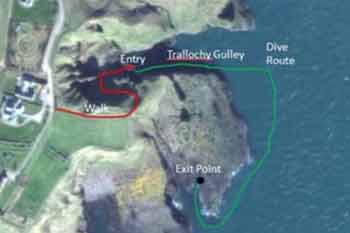 Dive Report:  Gary Morrison 8/11/08   More people should dive this site It's a cracking dive. The dive consists of following the wall down along and in and out of various inlets. The wall is teeming with life, there are many horizontal cracks housing a good number of Lobsters, the walls are covered in soft corals and anemones. Large shoals of saithe, some Large Cod hiding among some of the erratics and some very large Ballin Wrasse. The profusion of life is down to the currents that sweep this site so check currents before entry and stay close to the wall to avoid being pulled out to sea. This is definitely a must do dive....!

Dive report: JimB 31/12/13 Time it right, really strong tides rip it and the reef goes a long way out to sea before turning south and round to the exit. But hugely rewarding - underwater caves that have huge airspaces, great sea life, brilliant reefs and gulleys. The three finger reefs heading out east are a great shallow second dive heading out to sea and onto a stepped rock seabed absolutely covered in anemones and dead man's fingers nourished by the strong tides. One of the best NE coast dives.